Saturday, October 13th Izms of Art an organization of artist doing artsy things held it’s third Freshniz event. What is Freshniz you ask? Well it is a unique fusion of creative individuals interviewed in front of a live audience. This installment included an architect, martial artist, painter, and a producer of music among other things. Normally present is DJ B with an eclectic mix of music; however, though he was absent those in attendance received a special DJ B mixed cd. The cd contains 30 songs running over 1 hour of music.

Architect Tripp Riley principle architect with Studio 2LR located in Columbia, SC was the first interview. Tripp described Studio 2LR as a boutique firm that caters to a client looking for unique and innovative design. Known for designing a residence that has been deemed a spaceship house Studio 2LR is definitely not a cookie cutter architecture firm.

We learned about the art of Capoeira Angola a form of martial arts and dance from two local instructors. We learned that it was and still is practiced in the Congo and was brought to the United States and hidden in the form of dance. To the naked eye it is a performance art. Be on the look out for possibly seeing it performed live at an upcoming First Thursday event.

The third interview was with Whitney LeJeune a local artist known for painting with focus of human form and elements such as a hand or leg. Her paintings also mix vibrant colors together pulling the eye to the focus of a particular painting. Having studied at SCAD she decided to make Columbia her home and works as a full-time artist. 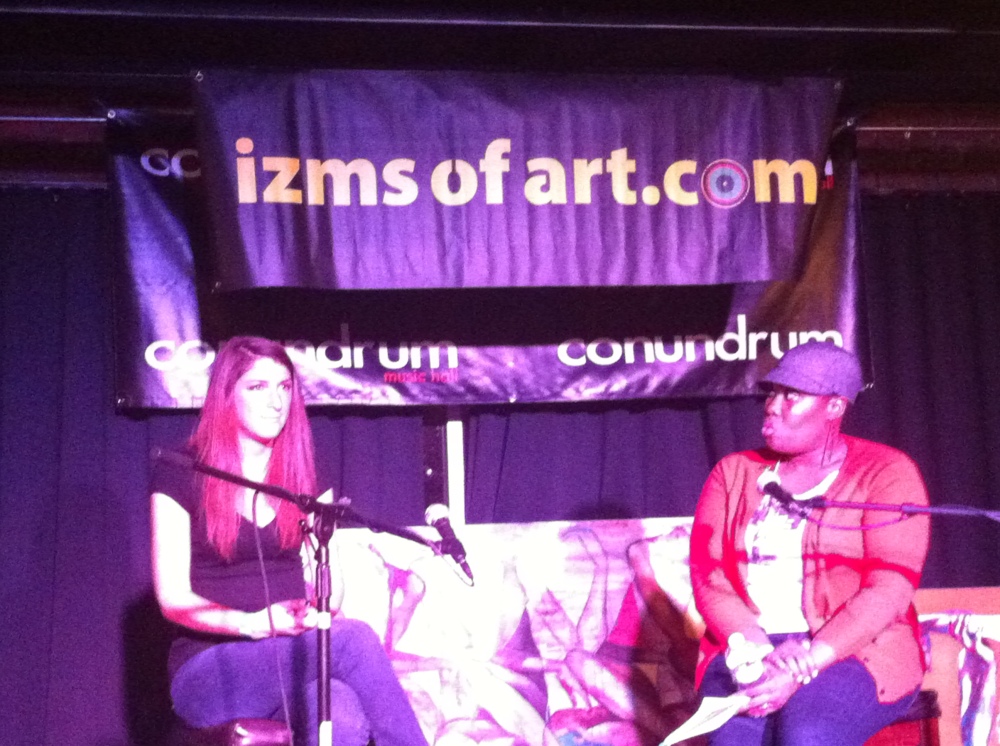 Jah Freedom was the fourth and final interview. By day he has a regular 9 – 5 but by night he is a producer of music among many other ventures. His music and beats have been used by television shows such as Pimp My Ride and Cribs as well as most recently in a Brooklyn Nets commercial. He explained that he can stay up for hours getting a track just right.

Each of these artist have a different medium but all of them share a passion for their art. Freshniz is a good way to bring together artists of different genres. I applaud Izms of Art for bringing together these five individuals who are pivotal in their genre.