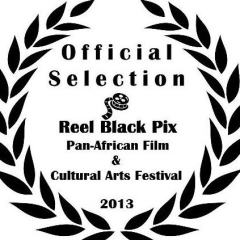 PaisleyPerspective is dedicated to bringing interesting blogs about arts and social awareness. February means it is the time of year when Black History is highlighted.  Also in Columbia, SC it means it is time for the Reel Black Pix Film Festival, which is entering its 5th year.  Having been a participant from the beginning I wanted to provide a behind the scenes look at Reel Black Pix Film Festival with upcoming events starting this Thursday and going through Saturday.  PaisleyPerspective spoke with Sufia Giza-Amenwashu who with her husband Baba Seitu Amenwashu are organizers of the festival.

S. Giza-Amenwashu: HeTePu Productions is a non-profit organization that does media literacy, using art as a teaching tool. We produce the REEL Black Pix (RBP) primarily as a Black History month event to honor the legacy of our ancestors and to celebrate family. Secondly, it’s an attempt to promote authentic cultural diversity, through cinema & art, going beyond the normal ethnic festivals of food, fashion and fancy footwork.  We want to have an actual conversation and get to know people of other cultures vicariously, so to speak. Our motto is, at REEL Black Pix, you can travel the world without boarding a plane. In essence, the REEL Black Pix: Global Afrikan Film Series is a Pan-African Film & Cultural Arts Festival. It’s multi-dimensional to give an in depth glimpse into diverse cultures across the African diaspora.

PaiselyPerspective: How did you come up with the concept of RBP?

S. Giza-Amenwashu: I’m originally from Southern California and grew up about an hour outside of Hollywood. I always loved the movies growing up. In 1996 I started producing and hosting a cable television show in South Central Los Angeles, SANKOFA Times TV, which over the 10 years of its production, made me see media images in a new light. In my analysis, I realized I didn’t see many positive images of African and African Descendant (Black) people on television, in film or print, so I decided to produce documentaries to both record Black culture & history; as well as, create affirming images of Black people. Filmmaking was somewhat of a natural evolution for me to use a larger canvas, in terms of the telling a story. In 2003, my first documentary, The SANKOFA Study: An Ethno-botanical Research Project on Medicinal Herbs of Tobago, WI screened at FESPACO Pan-African Film Festival in Burkina Faso, West Africa and at ECOFILM: International Environmental & Sustainable Development Film Fest in Paris, France. My second documentary, Toledo District Eco-Park: An Eco-Cultural Tour of Southern Belize screened here in Columbia at the 9th Native American Film Festival in 2006. My last one, REGGAE MILITIS, screened at the Nickelodeon Theater at the 2nd REEL Black Pix in 2010. I learned how to make films by producing television and learning every piece of equipment in the studio. Independent Filmmakers such as myself can’t get their work screened at lots of film fest for one reason or another. So RBP was also created to give filmmakers who like myself may not have spent tens of thousands of dollars to go to film school, but have quality works that just can’t get screened at other film festivals.

PaisleyPerspective: What ages can attend RBP; do you have films/activities for adults & youth?

S. Giza-Amenwashu:  This years RBP will lean toward adults though in prior years we have had components for children, this may be done in the future or as a separate children’s festival.

PaisleyPerspective: How do you find/select the films that you show during RBP and are you seeking specific genres of films?

S. Giza-Amenwashu: We put out an open call every year that runs till December 31. We list the RBP in Film Industry Journals & on Festival Registries. In recent years social media has been very effective, in fact, we have even received films via Facebook with one being a film by a Jewish professor of Women Studies at UNC Chapel Hill, North Carolina about an North American artist, Mama C, who’s lived in Tanzania for the past 40 years. We are excited about the fact that Mama C will be joining us in Columbia starting Thursday.

PaisleyPerspective: How is RBP funded; are you seeking sponsors for 2013?

S. Giza-Amenwashu: Anybody who knows anything about non-profits working primarily with the underserved, know this is a labor of love.  Other than a small grant from the Cultural Council of Richland & Lexington County, we’re completely funding the festival ourselves.   In the past some events have been free but this year both Friday and Saturday events will have a small admission fee. In addition to RBP we provide Media Literacy workshops to youth & adults throughout the year in schools and community based organizations. We can always use financial support to do both the outreach education and produce the film & cultural arts festival.

PaisleyPerspective: When & where will the 5th Reel Black Pix Film Festival be held?

Thursday, February 7th: She will be jammin’ with Skipp Pearson & the Jazz Workshop at Hunter Gatherer in Columbia, SC from 9:00pm to 12:00am.

Friday, February 8th: You can listen to us on the radio program Evolve With Tzima on WOIC 1230AM from 10:00am to 11:00am and after that she will be speaking to students at Columbia College.  Friday evening will be hosted by Azikiwe Zik Chanler where Baba Seitu and Mama C will have an African music jam session at Taste of Jamaica on Beltline in Columbia, SC.

Saturday, February 9th: We will screen Hoodwinked during the Rell Black Pix Three Round Knockout Slam at Ella’s Café and Lounge in West Columbia, SC starting at 7:00pm.

PaisleyPerspective: What are you doing when you are not organizing for RBP?

S. Giza-Amenwashu: I’m a wife and homemaker; my husband is my first priority. However, my life’s path is one of an artist. Besides producing a film & cultural arts festival, I’m a poet, filmmaker, recording artist, fabric basket weaver and soon will begin working toward becoming a certified yoga instructor. I love the life I live and live the life I love.

PaisleyPerspective: Tell us where people can find more details about the 5th Reel Black Pix Film Festival and where they can purchase tickets?

S. Giza-Amenwashu:  You can go to the HeTePu Productions facebook page to get information about prices and additional event details.  We look forward to seeing you this weekend.