My southern heritage includes enslaved blacks working for white plantation owners in Clarendon County located in South Carolina.  This is my response to those who say the Confederate battle flag that flies on the South Carolina State House grounds is part of southern heritage.  Every story has two sides and my side traces back through the Harvin-Durant family, to around the early 1800’s onto a ship that carried enslaved Africans to the harbors of Charleston, SC. 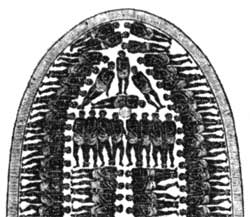 There is no positive spin on stealing away humans to work as free labor in a distant land.  With millions more not making the journey and bodies thrown overboard, to rest at the bottom of the Atlantic Ocean.  In addition, the idea of there being good plantation owners is a contradiction; purchase of humans as though they are cattle is inhumane.  Individuals who have not committed a crime should not be held against their will to do labor for anyone at anytime past, present or future.  For me the Confederate battle flag conjures memories of a past where a race of people were forced immigrants, yet not considered citizens but personal property.

Let me clarify, the reason I call it a battle that flies on the SC State House grounds is because it is not the actual flag flown as representative of the Confederate states.  But that is a history lesson within itself.  My point is regardless of whether a battle flag or actual Confederate flag, the Civil War was in 1865 and the victor was the Union Army.  Old Glory otherwise known as the flag of the United States of America is the flag that should be flown on and in state government property in addition to the state flag.

Heritage of any kind should not merely center around a flag.  A flag that should be laid to rest just as the leaders of the Confederacy did in 1865.  For various reasons, some I believe to push back the progress of blacks, state legislators decided that the battle flag be placed in South Carolina Senate and House Chambers as early as the 1930s.  In 1962 the flag was raised onto the State House dome in remembrance of the Civil War.  I am certain this was also in large part to give push back to the progress of the Civil Rights movement.  Then in 2000, the flag was removed and put on the state house grounds.

My southern heritage includes positive things.  It includes a great-great grandfather that was able to purchase acres of land to farm.  It involves grandparents, parents, aunts, uncles, and cousins who were able to get an education and become doctors, lawyers & educators.  However, when I look upon the battle flag originally flown by the Confederate Army I see oppression of a race.  I see continued attempt to push back a race of people with fear.

Finally, this past Saturday, I saw people of all races, genders, and religions come together to peacefully protest removal of a symbol of division.  On the South Carolina State House grounds surrounding the flag were people with one common cause to move the state forward into the future.  Those in attendance, were also there to remember nine victims murdered by a 21 year-old, who was welcomed into their place of worship at Mother Emmanuel AME Church in Charleston, SC.  Sometimes holding on to the wrong part of our heritage can hold us back and become distorted.  I am ready to be better than the past.  It is time to evolve our southern heritage into something greater than our past.

As of the writing of this blog post, the South Carolina Governor Nikky Haley has called for the removal of the Confederate battle flag from state house grounds.  Leaders around the nation are calling for the same and I believe it is time.  Over the next day’s discussion in the SC General Assembly will include removal of a part of southern heritage that belongs in a Confederate museum.  Again it is time to move forward.

2 thoughts on “My Southern Heritage”